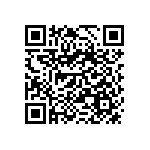 The International Call for Design of Cascina Triulza

Slow / d is the first revolutionary web platform that provides to craftsmen and designers a new way to make and sell handicrafts locally and online.

"100 Different Copies" is the International Call destined to designers under 35 launched in December 2014 for the design of the seat of the Pavilion of Civil Society.

One of the objectives of Cascina Triulza is putting together the ideas of young designers, the resources and the know-how of companies, institutions and civil society to build avenues of cooperation that have a positive impact in their communities and productive - says Chiara Pennasi, Director of Fondazione Triulza - The Call International in collaboration with Slow / de CNA Emilia Romagna is one concrete example because it involves young designers and many small artisan firms of our territory and experience, for the first time, a project in which design open-source and process innovation generate social impact.

The Participants to the Project

The International Call was attended by 80 proposals of designers from around the world. The high level of proposals involved a difficult task of selecting the jury, who had to find an easy project to manufacture and able to better express the spirit and the demands from the call.

The winner gained a prize of 3,000 Euros and his seat was made of 100 specimens from 22 artisan companies from various parts of Italy. The chairs so produced furnish the "Restaurant in Cascina with Salumi Villani" Pavilion of Civil Society during the six months of the Universal. Visitors will experience the meetings of the Pavilion but also order them to artisans involved in the initiative, or download the open source version of the draft platform Slow/d.

Objective of the initiative is to make the design catalyst for a sustainable supply chain for humans and the environment, thanks to the innovation of the creative and production processes.

The awarding of Marco Alessiani

The most beautiful chairs are simple machines made less simple to something: a "turn" or "twist" or a "tilt", as what we have learned to avoid the pinball. Words that recall a rotation that we find as a gentle but powerful gesture, in the back of this chair easy to produce and vary. A perfect canvas to be rewritten a hundred times: so Odoardo Fioravanti, designers and jury chairman, summed up the soul of this session.

The award ceremony took place May 2, 2015, as part of the three-day inauguration Triulza of Cascina, at the restaurant "In Cascina con Salumi Villani".

The winning project was the RJR seat of the young designer Marco Alessiani, born in 1989 in Teramo.

Slow/d has always been a platform that sparked my interest and call "100 Different Copies" was a great opportunity to get in touch with this reality - says the winner, Mario Alessiani - Designing 100 chairs, each one different from the other, but with a common base, it was definitely a great challenge, but the idea that the same project can be interpreted so many different artisans is at least exciting. I'm sure you intravedrà a different hand for each artifact and the idea that the designs will then be downloaded, and that anyone can carry the session, is a wonderful vision and ambitious.

At the award ceremony was also attended by 14 designers who have received mentions for their projects and 22 Italian craftsmen who made the 100 different sessions from winning project.